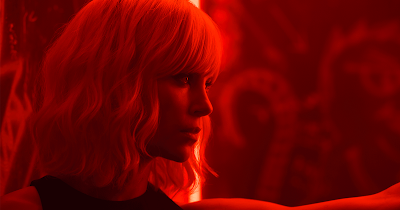 ATOMIC BLONDE I saw the trailer to Atomic Blonde months ago and ever since I've been excited for it to come out. The movie contained so much action and the fighting scenes were flawless. My favourite fighting scene was for sure the stairs scene. The gore looked so realistic and they made sure to make it realistic with how much was getting out of breathe.  Every shot I found myself saying "That is a beautiful shot." I can tell the director put a lot of effort into caring about the way the film looked. It was aesthetically pleasing, making me not want to look away through the movie. All of the songs fit the atmosphere and were a great pick. If this soundtrack comes out on vinyl, I will sure be buying it. Charlize Theron did her role justice and I can't picture anyone else as Lorraine but her. If you have time on your hands, I would definitely recommend you to go see this movie in the cinema. I'd rate this movie 8.5/10.
Post a Comment
Read more

FEAR, INC After watching Sarah Hawkinson's youtube review of Fear Inc, I decided to give the movie a try. The movie is about a horror buff called Joe. He never gets scared of horror movies or haunted houses. Fear Inc is a company who are hired to scare people. When Joe gets connected by a company, he decides to hire their survives without his friends knowing. I thought that after Joe killed the employee from Fear Inc, the way his girlfriend was so quick to cover up the body gave it away that she knew all about it. Without the ending plot twist, I wouldn't of enjoyed this movie as much.  I liked the classic horror references and dark comedy Joe had throughout this movie. If you are much as horror fan as me, of course you have seen a lot of horror movies you will appreciate the references. I protected the twists on this movie but I think if you are only starting to watch horrors, these twists won't get you. This movie was something to watch when you don't have
Post a Comment
Read more

I AM NOT A SERIAL KILLER - REVIEW. 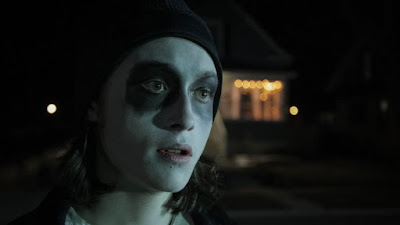 I AM NOT A SERIAL KILLER Sky recently uploaded a movie called 'I am not a serial killer', so I checked it out. The movie follows a troubled teenage boy, John, who is into true crime and has mental illnesses. Unfortunately, because of this he is bullied at school which makes him feel like an outcast.  If you are into true crime, (like myself.) you will know that most school shooters or serial killers are typically white men. However, this movie breaks the stereotype that all male teenagers with mental illness like psychopath/sociopath will become killers or are killers.  The irony is that John isn't the killer that most films would stereotype him to be but instead he is the good guy who finds the killer. In the small town Clayton, there are brutal murders happening for a long a time. They always have one organ missing and ripped apart like an animal does with their food. John notices some strange activity from his old neighbour, whom he helps out with carin
Post a Comment
Read more 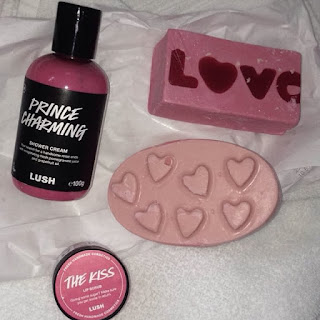 For my birthday in March, I was gifted this Lush bath set. The Prince Charming shower cream is only a 100g bottle but is sure enough to last you around 3 months. It is very quickly to lather so you don't need much when using it in the shower. It also works well for a bubble bath and smells beautiful.  After using The Kiss lip scrub my lips felt plumped and exfoliated, it wasn't harsh on my lips and got the job done. I wish with this pack they added a lip cream to put on your lips after using the scrub.  The scrub is also edible but I hated the taste when it was in my mouth. It also contains hearts in the scrub which I thought was a cute touch but it was a bit messy to apply because excess would fall.  I'm not too keen on soaps but the soaps did smell nice and look very pretty.  I don't personally think I would buy this again for myself but I definitely would gift it to some one else. I would perhaps buy the shower cream again alone.
Post a Comment
Read more 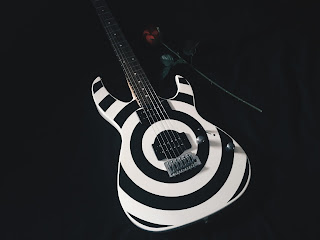 I bought this beautiful guitar this week. I've been wanting to learn how to play for a while. I am inspired by female artists in bands such as; Hole, Babes In Toyland, Jack Off Jill and the iconic Nirvana.  It took me some time to buy an electric guitar because I hadn't see one I could picture myself playing.  As soon as I saw this guitar, (labelled 'Circles') it reminded me of Beetlejuice and I knew it was the one! I am so glad I bought it and haven't stopped learning to play songs since. (from the shop: Magic Music.)
1 comment
Read more